meetJavier M
Chat with me

I am a native Spanish teacher with a MA in Spanish Language and Literature. I am also studying the degree of English Language and Literature. My students learn Spanish in 2-3 years, even less, depending on the linguistic inmersion (the involving in country´s language and culture). Here you have the opinión of one of my students. JAVIER´S STUDENT RECOMMENDATION LETTTER Javier Membiela has been my Spanish teacher for two years. We began our classes in Madrid and we have continued with Skype. I am a retired English teacher who wanted to learn Spanish. I just didn’t want a teacher to teach Spanish; I wanted a well-rounded person not only knowledgeable in Spanish syntax, but all aspects of Spanish culture: its history, its politics, its art, its music and the complexity of the European Union. For example, in our last lesson Javier gave me a cogent and insightful explanation regarding Spain vis-a-vis the crisis in Greece. His analysis was indicative of his scholarly and erudite approach to education. Also, his enthusiasm to teach and his ability to clarify his lessons makes you want to learn more from him because he has so much to offer. After a short time I was able to understand and to converse in Spanish with Javier. Now all of our lessons are in Spanish. I unequivocally recommend Javier as an instructor. He is intelligent, personable, and conversant. He possesses all the traits of a great teacher.

10 years of experience teaching Spanish language to individual and group in different companies and organizations. 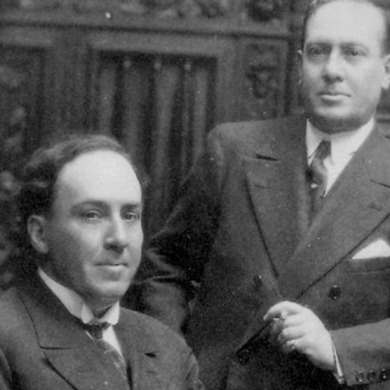 Nice and joyful. I like art and knowledge. You will enjoy of an amusing time learning Spanish (docere delectando).