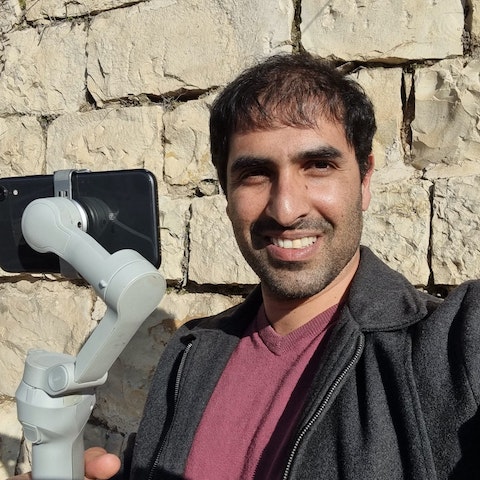 I am a licensed guide in Israel and hopefully one day I will get to meet you guys in person. Until then - let's explore Israel virtually! Besides guiding I used to sing in a band for many years, and I will be happy to share some Hebrew songs with you during the session. I have deep knowledge of the history, archeology, faiths, traditions, culture, and politics of the region, a BA in Middle East History and Islam, and years of studying the Jewish, Christian, and Muslim faiths.

If you haven’t already, download Zoom for free on your computer or smartphone in advance.
Book this class
Details
60 min - Private
No. of classes
1
Gift this class