Alisan introduces you to her technique "the four singer senses" and helps you connect to the strength of your unique voice. 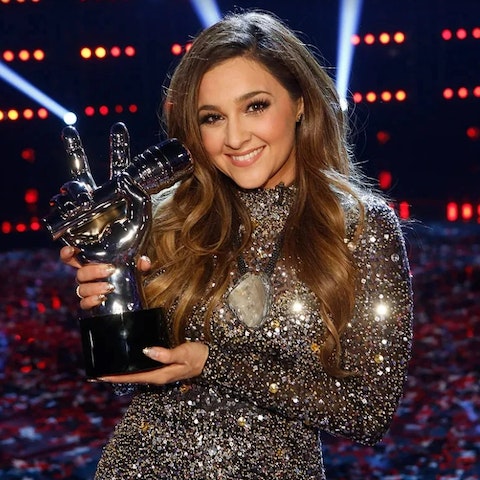 Alisan Porter started her career as a five time junior vocalist champion on star search at the age of 5. She went on to appear in films such as Curly Sue and Parenthood and soon after turned her attention to musical theater. Alisan made her Broadway debut in footloose on Broadway and played Bebe Bensonheimer in the revival of A chorus line in 2005. Alisan moved to Los Angeles to pursue songwriting and singing in 2008. In 2016 Alisan won the NBC hit show THE VOICE with her coach Christina Aguilera. She has released three albums and written songs for artists such as Adam Lambert and the Veronica’s. She spends her time coaching young singers, songwriting, recording and raising her three beautiful children.

Simply click the link in your confirmation email to join the video call.
Note: Be sure to download Zoom for free on a desktop or mobile device before your scheduled class.
Mastering Your Voice (February 6)
Book this class
Details
60 min - Group
No. of classes
1
No. of classes
1
Gift this class
SocialFacebookLinkedInInstagramTwitterPinterestYoutubeTikTok
© 2022 Amphy.com All rights reserved
PrivacyTerms