Chess classes for kids where I want to introduce kids to the beauty of the chess world. Enjoy learning and having fun with a grandmaster chess teacher. 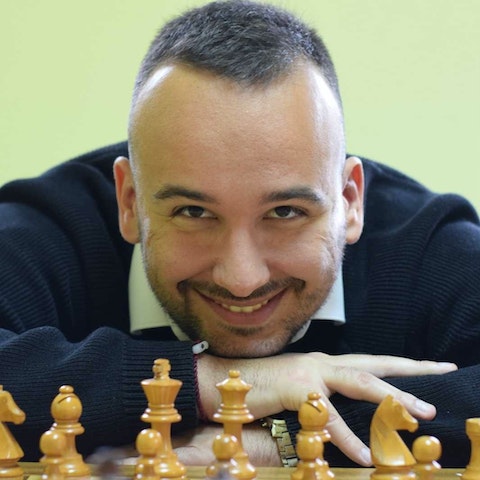 Achieving the title of Grandmaster that I managed in 2016 is the proudest moment of my chess career! I will point out my best playing performance so far in which I managed to secure a second Grandmaster norm in the chess league in Sarajevo. With the performance of 2770, I managed to achieve my second norm after just 6 rounds. As a valuable aspect of my career, I would like to mention playing for various teams all across Europe, Hungary, Austria, Germany, Montenegro, Bosnia, and of course Serbia. I would also like to point out my performance for SK: Augsburg in the First League of Germany (Bundesliga) and draw with black against GM Rapport!

Nothing special.
A clear mind.
No experience or prior knowledge is needed.

If you haven’t already, download Zoom for free on your computer or smartphone in advance.
Book this class
Details
45 min - Private
No. of classes