PASSED: Turn Your Brownies Into a Masterpiece

Learn how to make my basic brownie recipe and then use it to create my signature Brownie Owls!

beginners through to seasoned bakers who are looking for new ideas and ways of adding an imaginative twist to their creations. 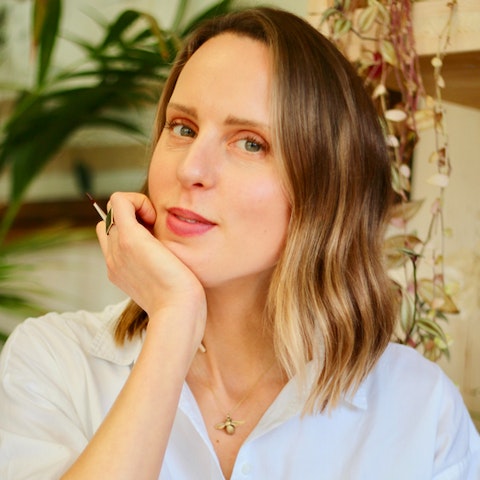 Frances Quinn is renowned for her creativity and was the inimitable winner of The Great British Bake Off 2013. Mixing together her background in design with her love of baking, she is able to create stunning, inventive, and unforgettable bakes. Treating each creation as a well-crafted piece of art from concept designs sketched in a notebook to the final masterpiece, each design is perfectly bespoke to the person or theme she has in mind. This, along with her passion for music and sport, witty personality, and quick quips, she has garnered a great online following and invaluable relationships within the industry. From creating shortbread piano chords for Jools Holland to Florentines for Florence and the machine and a giant CLUB biscuit for Bombay Bicycle Club, with sweet Bombay mix-everyone unique to the artist. Since she was crowned champion she has been inundated with commissions for clients from the Tate, Design Museum to illustrator Quentin Blake and Nike to name but a few. Frances released her first book Quinntessential Baking with Bloomsbury in 2015 and has gone on to appear on Saturday Kitchen, ITV’s This Morning and break two Guinness World Records for the world’s biggest Jaffa Cake and Grand Slammy Jammy Dodger. As well as being affiliated in brand partnerships with some big names in the Food industry, Frances makes regular appearances at various Food and Drink festivals across the country demoing some of her greatest bakes. Including Wilderness Festival to Carfest and running workshops at Soho House to Richard Bertinet Cookery School in Bath. Running alongside all this, Frances is a keen and passionate runner, especially if there’s a running playlist involved! In 2018 she was the fastest female celebrity runner to finish in the hottest London marathon on record