PASSED: Get Ready for Your New Year’s Dance Party

Get your groove on and learn some dance moves with Dancing With The Stars winner Alan Bersten. You are sure to impress at your New Year’s Eve celebration!

Everyone who is ready to learn some new moves and have a good time ( and of course for all Dancing With The Stars fans!) 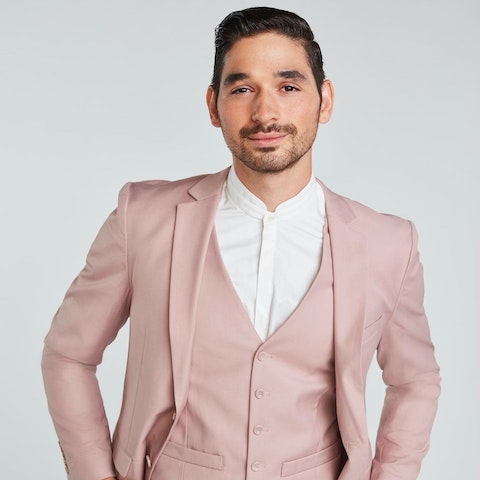 Alan Bersten is a six-season pro on Dancing With The Stars, and just wrapped Season 30 with his celebrity partner, Broadway actress and the host CBS’ The Talk, Amanda Kloots. This duo finished with a strong appearance making it to the finals!! Season 29 of Dancing With The Stars saw Alan, alongside his partner Disney Channel sensation Skai Jackson end with a semi-final performace. In November 2019, Alan and his then partner, ABC’s The Bachelorette Hannah Brown captured not only the hearts of the DWTS fans, but won the coveted mirror ball trophy, winning Season 28. The Minnesota native spent four seasons as a member of the Dancing With The Stars Troup and earned his full-time spot as a one of the male pros for season 25, partnered with Broadway actress and 80s singing sensation Debbie Gibson. The forever smiling dancer/choreographer has either made it to the semi-finals or finals five of his six seasons as a pro on Dancing With the Stars. One of his proudest professional moments however, was being the mentor and choreographer for the first ever, Dancing with the Stars Juniors. Under his guidance, skater and surf prodigy Sky Brown, along with junior pro JT Church, won the season. Born and raised in Minnesota to Russian Jewish immigrant parents, Alan’s diverse dance acumen led him to win Youth Championship and Under 21 National Titles. At 18, Alan was a finalist on season 10 of the Fox hit So You Think You Can Dance, finishing in the Top 6 Males. Later, was part of the North American SYTYCD tour, and joined Burn the Floor for their world tour. After traveling the globe, he received a recurring role on season six of GLEE, as part of the show choir, Vocal Adrenaline. Alan and members of the cast of Dancing With The Stars start their national tour in January 2022 so make sure to check them out!